A new semester of my day time classes (senior classes at Willton)  started from today.  I made the new text for both levels and the cover is the image of autumn leaves.  Actually, I am now running two schools at the same location.  One is called Willton (day time class) and the other is called Master English (night time class).  Running two schools keeps me busy.  However, I enjoy teaching students and making texts for them.  I’m usually at school from 8:00 am to 10:00 pm.  On Saturday, I can go home around 7:00 pm.  Many people think that I have no life.  That’s not true.  I think if you enjoy what you do work and life can be the same things.

I remember there was a young lady that committed suicide because she was working so hard and she got stressed.  I can’t see that happening to me because I don’t feel stress from working.  As long as I sleep enough and eat right, I’ll be ok.  Actually, in the last 5 years, I haven’t gotten sick once.  I’m extremely careful about my health.  You can say I’m a health nut!

I have no life (人生に楽しみがない。)

I can’t see that 「そうは思わない」

I can’t see that happening to me.  (自分に起こるとは思わない。)

You can say I’m a health nut!  (私のことを健康オタクと言えるだろう。) 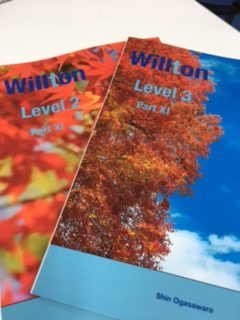 Today, after class I went to meet a professional writer.  She’s a writer for companies and magazines.   I really respect writers and I wish I could publish my own book some day.  We went to a restaurant called Eggs and Things next to Parco.  We talked for over an hour.  Well, actually she listened to me talk about the concept of Master English.  She’s easy to talk to and very sophisticated.  I enjoyed talking to her.  She will help me rewrite my website.

The reason we went to Eggs and Things is because I wanted to go there.  I like sweets a lot.  I’m kind of girly. After my fasting, I really felt like eating something sweet.  I saw on Instagram that she went to Eggs and Things so I requested we meet there.   The whip cream was amazing.  It kind of looks like Marge Simpson’s hairstyle if you know what I mean.   I love whip cream more than anything.  The cream was really fresh and light.  I loooooved it.  I definitely want to go back there again.

If you know what I mean.  「言っていることわかるかな？」

It kind of looks like Marge Simpson’s hairstyle if you know what I mean.  (何となくマージシンプソンの髪スタイルに

One of my students is really into farming.  She grows her own vegetables.  Like me, I think she also wants to eat chemical free vegetables.  Yesterday, she gave me a bag of Edamame.  I took it home and boiled it.  Today, I’ll eat it for snack.  It’s so much healthier than eating potato chips for snacks although I love potato chips.

Did you know that edamame is now an English word.  I think most Americans know this word.  I didn’t know this but 大豆 in English is “soy”.  I read that word originated from 醤油 (Shoyu).  I had no idea!!

Here’s an interesting site that I found that list 10 common English words that were originally from Japanese. 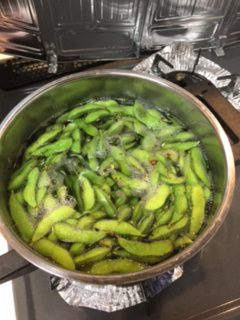 Today, I had a big surprise.  I got an inquiry from a new students.  She said she will come in at 19:20 lesson.  She came into the school and she was sitting on the couch with another person.  I realized that the other person was my former student!!  I was really surprised because I haven’t seen her in 10 years!!   Fortunately, I remembered her name.  I taught her when I was working for ECC.  She often took my lesson.  She is always funny and intelligent.

Well, the story is the new student was looking for a school and she found my Master English website.  She told her coworker who is my former student that she’s going to take a trial lesson from a teacher named Shin.  My former student recognized my name and she said, “I know him!!”  So she decided to go with her coworker to see me.

I was really glad to see her and we had fun talking.  The new student signed up for my class and she’ll start class a week after next.  I’ll introduce her to you guys in class.

I got an inquiry from a new student.  (新しい生徒からの問い合わせがあった。)

I realized that the other person was my former student.  (もう一人の人が私の昔の生徒だと気付いた。) 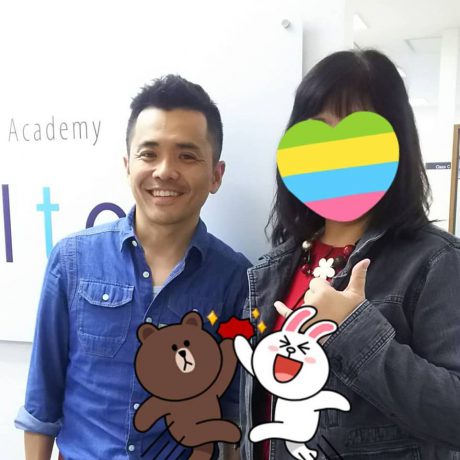