When I first moved to Japan, I didn’t understand how precious space is.  Before you buy anything, you always have to think about how much space it will take.  If you don’t think about space, your room will become full of things.  I really want my room to be organized so I decided to get rid of a lot of things.

In Japan, if it does not fit in the special Nagoya plastic bag, you have to pay extra money to get rid of it.  I had a lot of big drawers that I wanted to get rid of.  Actually, I found out a great way to get rid of it.  There’s a site on Facebook that a lot of international people are looking for things.  You can sell it or you can just give it away.  The site is called Nagoya Area Garage Sale .  I put the drawers up for free and in 1 min I found  people that wanted it.

I told them the requirements.

3. You have to come on Sunday morning because that’s the only time I’m home. 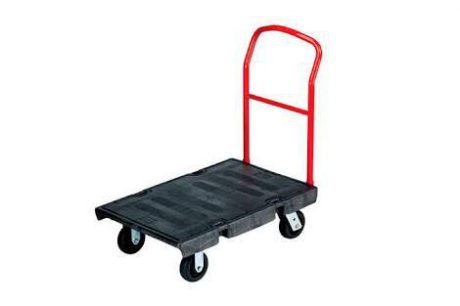 (He sent me this picture. He will try to put 6 drawers on this and walk home.)

Actually this is not the first time that people insisted that they want to pick it up on foot. (This is actually the third time) I always tell them you can’t do it but they say, “Yes, I can!!”   I can’t wait for this Sunday  to tell him.  “I told you so!!”   Some people just don’t make sense at all!! 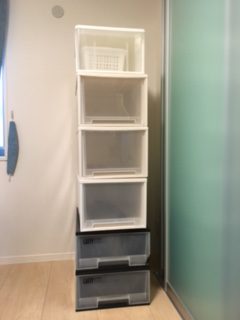 I didn’t understand how precious space is. (どれぐらい空間が貴重か理解していなかった。)

Your room will become full of things.   (部屋が物で一杯になる。)

I really want my room to be organized. (部屋を整理したい。)

I decided to get rid of things.  (物を処分することに決めた。)

Some people don’t make sense at all!  (ある人は全く意味不明です。)

Thursday, October 19th  “How to write a journal”

Many students say, “I don’t have anything to write in my journal”.    I think many students think they have to write about past events (過去の出来事) .  Writing journal is not only about the past events but also writing about small things that happen everyday in your life.  Things you see, feel, hear, and experience.   Things you talk about with your family.

Try to express your daily life.  You don’t have to write about anything special.

For example, I don’t like rainy days because I can’t ride my bike to school.  It takes 20 minutes from my home to school on my bicycle but when I take the subway, it takes almost 40 minutes.  It’s a real waste of time!!

When I have to take the subway, I have to change to a different subway.  When I transfer, I have to go up and down many stairs and walk through a long corridor.  It’s a real pain in the neck.  Also there are a lot of people during rush hour.

Today, I wanted to avoid the rush hour so I left my house 5:45 am.  It was still dark when I left my house.  At the platform, there were very few people!  It felt kind of strange but I liked it.  I realized that I don’t really like crowded places.   For 41 years, I didn’t realize it!  This morning when I was on the platform, I came to realize that.

When I came out of the station, it was dawn.  It’s a start of a new day!  I decided that when it rains, I’ll try to leave the house early so I can experience a refreshing morning like today.

Walk though a corridor. (廊下を歩いて通る。)

pain in the neck 「面倒」

I wanted to avoid the rush hour. (ラッシュアワーを避けたかった。)

When I came out of the station, it was dawn.  (駅から出てきたら、夜明けだった。) 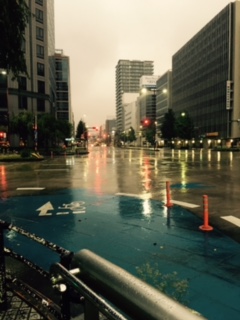 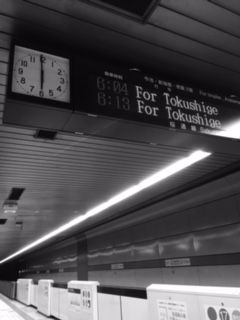 I’m always looking for a nice place to work.  Most of the time, I went to Starbucks because you can stay for a long time and they have free wifi connection.  However, the wifi connection at Starbucks is terrible.   When you are working on something online, like this blog, it’s really important to have good connection.  More than three times, I lost the data because the site would not upload.  I wanted to scream,  “Damn you Starbucks Wifiiiiii!!!”

I often wasted time because the data was just gone!  I had to do it over again!  It really made me angry.

I started looking for a cafe with good connection and I happened to find it write by my school.  It’s called Bon Cafe.  It’s part of a hotel so it’s a bit pricey.  However, the wifi connection is wonderful there.   There’s also a power outlet so if you run out of battery you can charge your computer.  What a great cafe!!!

The data was just gone.  (データがただ消えた。) 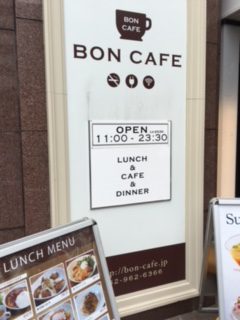 The guy who wanted my drawers ended up coming on foot.  He did not bring his cart with him but he said he would like to take a taxi home.  The drawers are plastic ones and they are not worth that much.  I wondered if it’s worth it?

I didn’t say anything because obviously, he thought it was worth it or else he wouldn’t have come.

He actually turned out to be a nice guy.  We had a conversation while we waited for the taxi.  He’s an English teacher at some school and he’s married with one daughter.

When the taxi guy driver came, the driver didn’t look so happy with all the drawers that he had to put in his taxi.  The driver helped us put the drawers in the taxi without saying one word.

Anyway, I was happy I got rid of the drawers, and the guy I gave them to was also happy.  The only person that was not happy was the taxi diver.

He ended up coming on foot.  (最後には歩いて来た。)

I wondered if it’s worth it.  (価値があるか疑問に思う。)

He thought it was worth it or else he wouldn’t have come.

He turned out to be a nice guy. (彼がいい奴だと分かった。)