There’s something I really love eating.  I can eat it everyday if it’s possible.  However, it’s bad for my health so I can’t do that.  Also, it’s not a common thing in Japan.  What I love more than anything is whip cream.  I especially love the spray type in a can.  One of my night-time students told me something unbelievable.  She said that there’s a convenience store that you can use the spray whip cream as much as you want!  I could not believe what I heard.  She said that the convenience store is right by my school.  I had a 30 min break between class so I ran to the convenient store to check it out!  There it was!!!!  I bought a medium sized coffee and sprayed whip cream on top of it.  What I really wanted to do was to spray the whip cream directly into my mouth but there were people watching so I couldn’t.  I just ate the whip cream on top and I didn’t even drink the coffee much.

BTW, you can only get this at that convenience store.  It also might be for limited time only. 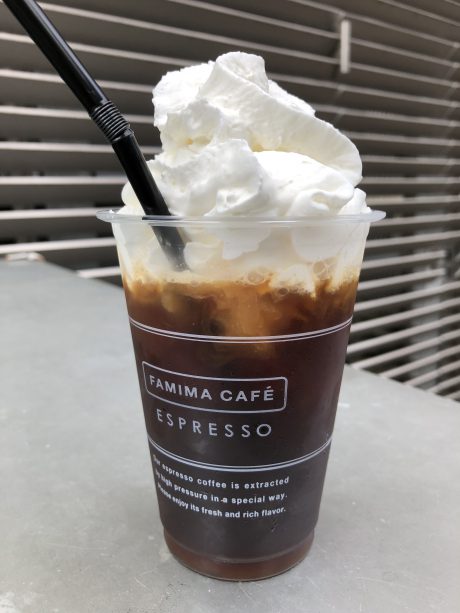 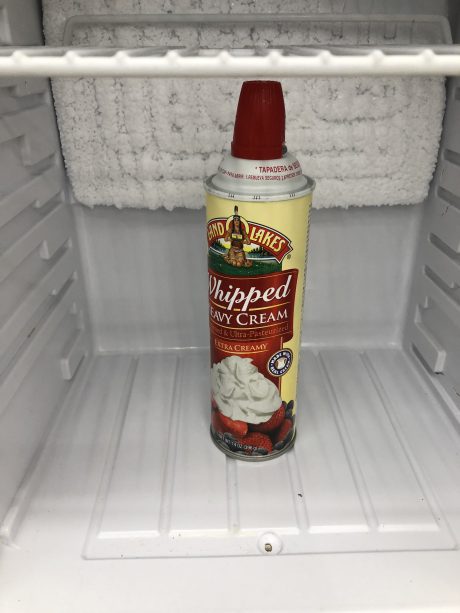 Last Sunday, I had a chance to go to a local swimming pool.  Before I went, I bought the right outfit for swimming.  I think I looked like an Olympic athlete.  I thought I’ll look ridiculous with the swimming cap on but it turned out better than I thought.  I swam for about 2 hours.

While I was swimming, I experienced a terrible thing.  I did the flip-turn at the end of the pool but at that moment I heard my ear pop.  As soon as I heard that I was not sure which way was up or down.  I panicked a bit but I just waited for my body to float up.  I got out of the water but I felt a little dizzy.  After a while, my ear started to hurt really badly.  I was not sure what it was. I remember one of my student’s story about how she broke her eardrum while she was on the plane due to air pressure.  I thought I might have broken my eardrum.  My ear hurt until I went to bed at night but when I woke up in the morning the pain was not as bad as before.

There was another horrible thing.  After I got out of the swimming pool, I washed my bathing suit and put it in a plastic bag.  However, I don’t remember what I did with it after that.  When I got home, my bathing suit was not in my backpack.  I called the sports center but they said they could not find it.  I only wore it once and I already lost it!  I was really shocked.  When I told my students this story they said I should buy a yellow bathing suit next time so it’s easy to find and I should write my name on the yellow cap and bathing suit.  I think they wanted to make me look like an elementary school child.  I thought that was pretty fun.  Thanks, I’ll think about doing that.  Anyway, two bad things happened to me on Sunday. Other than that, it was all good.

Since Tuesday, I’ve had a sore throat that got worse and worse.  I think it’s because I went swimming on Sunday and I stay in an air conditioned room.   I went to the drug store in my free time and got some medicine.  I was recommended a drug called Peluck T.  I took it and the sore throat was gone in couple of hours.  I’m often surprised how well drugs work on me.  I hardly take drugs so when I do my body reacts instantly.  I remember one time when I was in the U.S., I had a terrible headache.  It was during my trip with my students so I needed to get well quickly.  I took some American drug.  It was red and really big.  Five minutes after I took it, I thought I could fly to the moon.  I felt great!!

Actually, I even stopped drinking coffee because when I drank it after 6pm, I couldn’t sleep well.  Caffeine works too well on me.   That’s why I started drinking tea instead.  I feel a bit British.  I’d rather drink Early Grey than Green Tea for some reason.

I’m often surprised how well drugs work on me.  「薬が良く効くのが驚きだ。」