My trip to Nagano turned out to be really nice.  I had a chance to see beautiful scenery and try some really good food.  The food that I really enjoyed was Soba. It was the best I’ve eaten!  Actually, I ate it two days straight!  Another food that I enjoyed was soft serve.  Soft serve is one of my favorite food.  I also ate that two times.   For the soft serve, I had to get in line each time.  Usually, I hate getting in line for anything but I waited patiently.  This soft serve store is famous in Kaidakogen.  If you ever have a chance to visit, I highly recommend you check it out. 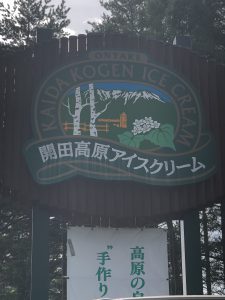 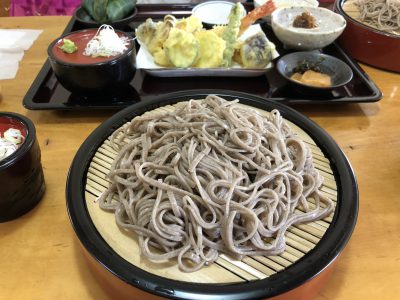 During summer vacation, I had a chance to go to Nagashima Spaland.  Actually, I went to the pool there.  I haven’t been to that pool in a while.  I was worried about getting sunburned so I put on a lot of sunblock on my face.  I was mainly in the pool that flowed like a river. I like being in that pool because I don’t have to swim and I can just float and the current carries me round and round.  Anyway, I was in that pool for about 3 hours and I realized my shoulder started to hurt a little.  When I got out of the pool, my whole body turned red!  My face was ok but my whole body was sunburned.  I should have put on sunblock on my body as well. I thought it would be ok because my body was in the pool.  I learned that you can get sunburned in water!  Right now my body is like an onion.  I keep peeling and peeling.  I feel I’m getting smaller because I keep peeling away.  Anyway, the lesson here is to never forget to put on sunblock.

I wrote in my last journal entry that I went to Kaida Kogen.  I had a really good time there but I didn’t tell you that something terrible happened.  In Kaida Kogen, there’s a ranch where you can go horseback riding.  I didn’t ride on horses but I just went there to see them.  Anyway the terrible thing happened as I was exiting the ranch.  The road was really narrow and when two cars are about to pass each other, one car has to go to the side of the road as much as possible.  There was a car coming towards me so I went to the left side of the road and suddenly I heard a big noise and the left side of the car went down in the ditch.  I was not able to see the ditch because there was a lot of grass growing out of it.  I didn’t notice the ditch there at all.  I got out of the car and thought about what I could do to get out of this problem.  Just as I was thinking about 6 men showed up.  They were just walking along the road.  One man said, we can all lift the car out.  I could not believe a car can be lifted.  He seemed to know what he was talking about.  He told me to turn the wheel and push on the gas lightly as they lift the left side of the car.  I did exactly what he told me and miraculously the car came out of the ditch.  I felt like a Disney princess being saved by six princes.  I thanked them many times.  It was my first time to fall in a ditch.  If I fall in again, I hope those men show up again. 😂 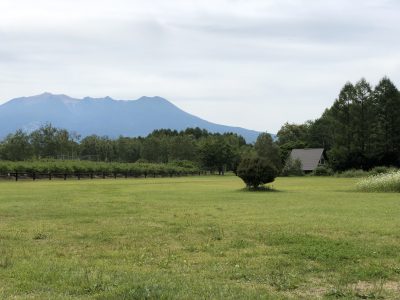