The other day I had a chance to go to a really nice restaurant.   It’s a California style sushi restaurant called “Sushi Bar Samurai”.   It has a casual atmosphere and the food is really good.  They don’t have the traditional Sushi but all of the Sushi is rolls.  Believe it or not, it was really cheap!  I had one cocktail and a lot of food but the total was a little over 3,000 yen.  There’s one thing that I’m worried about.  I went there around 7:00 pm but there were few customers.   I’m worried that it might close if they don’t get more customers!  Please go to this restaurant so it won’t close down!

Believe it or not – 信じれないかもしれないけど 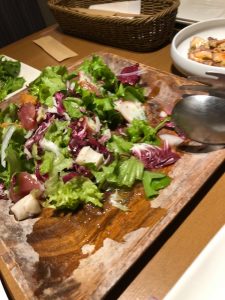 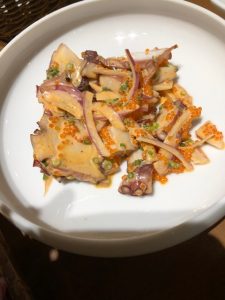 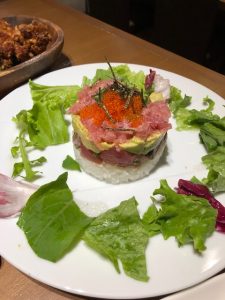 Right now I have a problem.  I didn’t build a wall for my classroom because it would have cost a lot of money.  It was not worth it.  However, the sound gets really loud in my class when I have two classes running.  I’m trying to figure out what to do.  I bought a soundproof sheet on Amazon. I thought I could put it up to cover up the open space.  I got it the other day but I was surprised how heavy it was.  The whole roll weighs 19 kilograms!!  I think my partition will break if I put it up.  I don’t know what to do!! 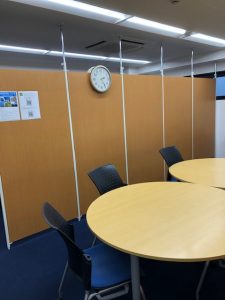 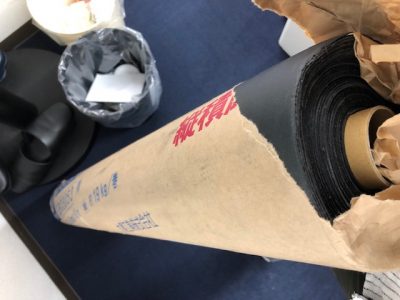 Last Friday I attended a seminar about global career.  The speaker is my new friend Benjamin Pewee.  He’s from Singapore and he’s a very successful consultant.  I’m really lucky to get to know him.  His presentation was about the importance of having a global career.  He suggested that workers in this and the next generation have to be “fluid”.  In other words, the most important thing is to be flexible in all kinds of changes.  We cannot be fixed.  If we stay the same and don’t change we will become extinct.